Recently, the Optical Society of America (Optica) announced the list of 2023 elected Fellows. A total of 109 scholars from 24 countries and regions around the world were selected. Professor Yu Jingyi of ShanghaiTech was elected for his contributions to computational imaging systems. 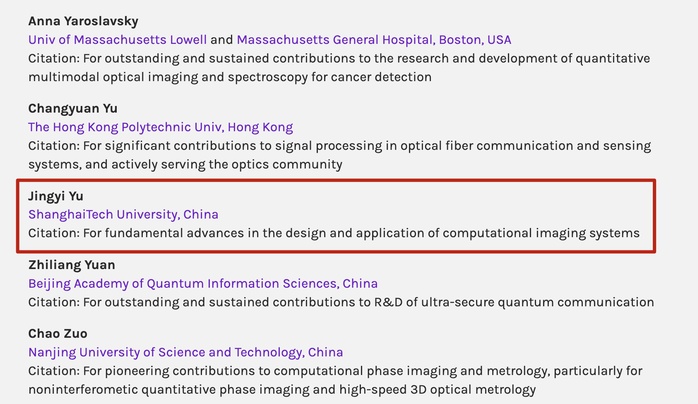 Fellowship is the highest academic honor bestowed by the Optica. Each year, the Optica selects excellent scholars to award them the title of Fellow, in recognition of their outstanding achievements and leadership in the fields of optics and photonics. According to the statutes of the Optica, the number of Fellows shall not exceed 10% of the total number of members, and the number of Fellows elected each year is about 0.5% of the total number of current members. Since 1959, more than 2,800 members worldwide have been elected Fellows.