Recently, SIST Associate Professor Shi Yuanming was honored with the “2021 IEEE ComSoc Asia-Pacific Outstanding Young Researcher Award”. This award is provided by the IEEE Communications Society to reward young researchers under age 35 who make outstanding achievements. This award is the highest honor for young researchers in the information communication field in Asia-Pacific. 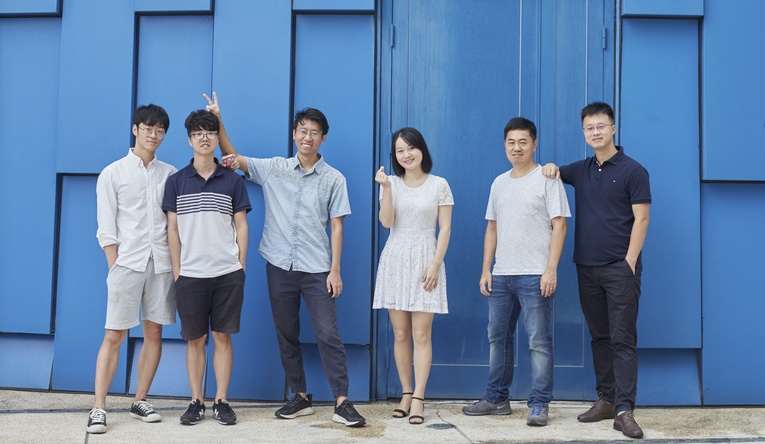 Prof. Shi and his research group

The first from the right is Prof. Shi Yuanming

Prof. Shi’s main research is in 6G intelligent network and edge artificial intelligence (AI). So far he has published more than 130 papers, many of which have become ESI highly cited papers. He has also edited two academic monographs and served as the editing member of several IEEE international journals. Prof. Shi was the first to propose an intelligent network architecture for 6G, systematically illustrating the evolution from “Internet of everything” to “AI+Internet of everything”, which is a milestone in 6G frontier research. He also proposed the architecture and high efficiency algorithm for wireless federated learning, which earned him renowned in the field of edge AI.

Since joining ShanghaiTech in the Autumn of 2015, Prof. Shi has won three international academic awards : the “IEEE Marconi Prize Paper Award”, the “IEEE Signal Processing Society Young Author Best Paper Award” and the “2021 IEEE ComSoc Asia-Pacific Outstanding Young Researcher Award”. The former president of IEEE ComSoc, Professor Khaled B. Letaief expressed his pride in Prof. Shi’s accomplishments saying “I believe this is the first such case in the history of IEEE ComSoc”.