SIST researchers made progress in IoT and fog-computing networks

Recently, Assistant Professor Zhou Yong’s group in the SIST has made significant progress in the fields of IoT networks and fog-computing networks. Their achievements were published separately in two journals: (1) in IEEE Internet of Things Journal in an article entitled “Wireless-Powered Over-the-Air Computation in Intelligent Reflecting Surface-Aided IoT Networks”, and (2) in IEEE Transactions on Communications in an article entitled “Energy-Efficient Task Offloading in Massive MIMO-Aided Multi-Pair Fog-Computing Networks”.

The first work describes wireless-powered over-the-air computation in IoT networks. The Internet of Things (IoT) is envisioned to provide ubiquitous connectivity for billions of physical devices, with applications in fields like environmental monitoring, smart home and healthcare. To unleash the full potential of IoT networks, the integration of wireless-powered over-the-air computation (AirComp) and energy beamforming (EB) in IoT networks has been recently studied. However, when faced with severe channel interference, it was found that the harvested wireless power may not be sufficient to support a reliable uplink transmission, leading to a high AirComp distortion.

To tackle this problem, Prof. Zhou Yong’s group proposed an intelligent reflecting surface (IRS) aided IoT network with downlink EB and uplink AirComp. IRS has recently been recognized as a promising solution that can be software controlled to alter the propagation of the signals to be reflected. It is a planar surface that can introduce a desired phase shift on the incident signals. Based on this, the researchers proposed to jointly optimize the energy and aggregation beamformers at the access point, the downlink/uplink phase-shift matrices at the IRS, and the transmit power at the IoT devices, so as to minimize the aggregation error of AirComp. Simulation results demonstrated that deploying an IRS can substantially reduce the AirComp distortion. 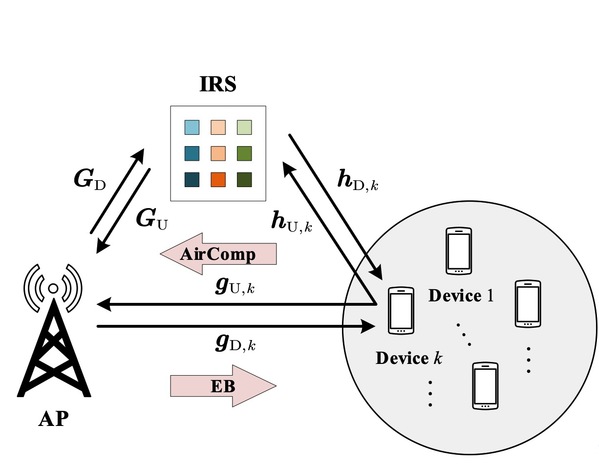 Second year master’s student Wang Zhibin is the first author of this article, and Prof. Zhou Yong is the corresponding author. This research work was supported by the National Natural Science Foundation of China (NSFC).

The second work describes the increase in performance of fog computation in IoT devices. Fog computing enables IoT devices to tackle sophisticated multitasks, enabling them to efficiently utilize the abundant computation resources in the fog around them, thereby reducing the computing burden of the mobile devices. In fog computing, a user offloads the computing task to a server in the uplink, and, subsequently, the processed data is then  sent back to the user in the downlink. Hence, the performance of fog computing operation also depends on the wireless communication performance. In addition, massive multiple-input multiple-output (MIMO) schemes increase the spectral and energy efficiencies and support an increased number of users, both of which are crucial for fog computing systems. 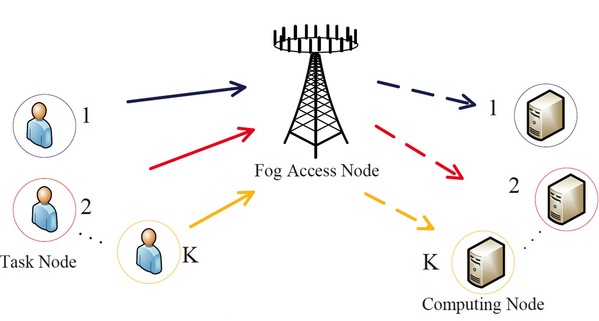 The first author of this work is Assistant Researcher Wang Kunlun, and Prof. Zhou Yong is the corresponding author. This research work was supported by NSFC.