CAS Academician Jiang Hualiang gave a seminar at SIST, ShanghaiTech University on drug discovery and development based on artificial intelligence

On December 23, 2020, School of Information Science and Technology (SIST) of ShanghaiTech University invited Professor Jiang Hualiang, the Former Director of the Shanghai Institute of Materia Medica, Chinese Academy of Sciences (CAS), Distinguished Adjunct Professor of the Shanghai Institute for Advanced Immunochemical Studies (SIAIS) of ShanghaiTech, and the Academician of the CAS, to give a seminar entitled Drug Discovery and Development based on Artificial Intelligence. The seminar was hosted by Professor Yu Jingyi, Associate-Provost of ShanghaiTech University and Executive Dean of SIST.

After that, Professor Jiang gave an exciting overview of strategies for the discovery of new drug targets and drug candidates driven by theory and computation. He introduced the method for reverse molecular docking named TarFisDock and the method for reverse pharmacophore matching named PharmMapper, both developed by his team. Moreover, he described a method for sequence-based protein-protein interaction prediction and a method for theoretical inference of drug-target binding kinetic parameters.

In terms of drug design based on big data and AI, Professor Jiang described the roles of AI in drug R&D from five aspects: drug multi-target activity prediction, drug automatic design optimization, learning of drug molecular structure representation, revealing the mechanisms of action of drug targets, and chemical reaction prediction. Meanwhile, he also pointed out existing difficulties and challenges in data accumulation and AI model development, and proposed that federated learning could help solve the problems of high barriers, high costs, and high confidentiality of research data in AI for drug development.

Finally, Professor Jiang concluded that the biomedical industry is entering a new stage of innovation, in which AI is playing increasingly important roles. He hopes that SIST can take full advantages of its strengths in the field of AI, and carry out multidisciplinary research to achieve more innovations and breakthroughs in science and technology. In particular, Professor Jiang commended the interdisciplinary course AI for Science and Engineering offered by SIST, and he looked forward to future collaborations with SIST on the education and research in AI for drug discovery and development.

The ShanghaiTech faculty, staff and students in the audience responded enthusiastically to the seminar and asked many questions, such as how AI could better enable drug discovery in the future. Professor Jiang answered all the questions patiently and gave advice on how to do great research. His rigorous scholarship and spirit of innovation were inspiring to the audience, and the seminar ended successfully with thunderous applause. 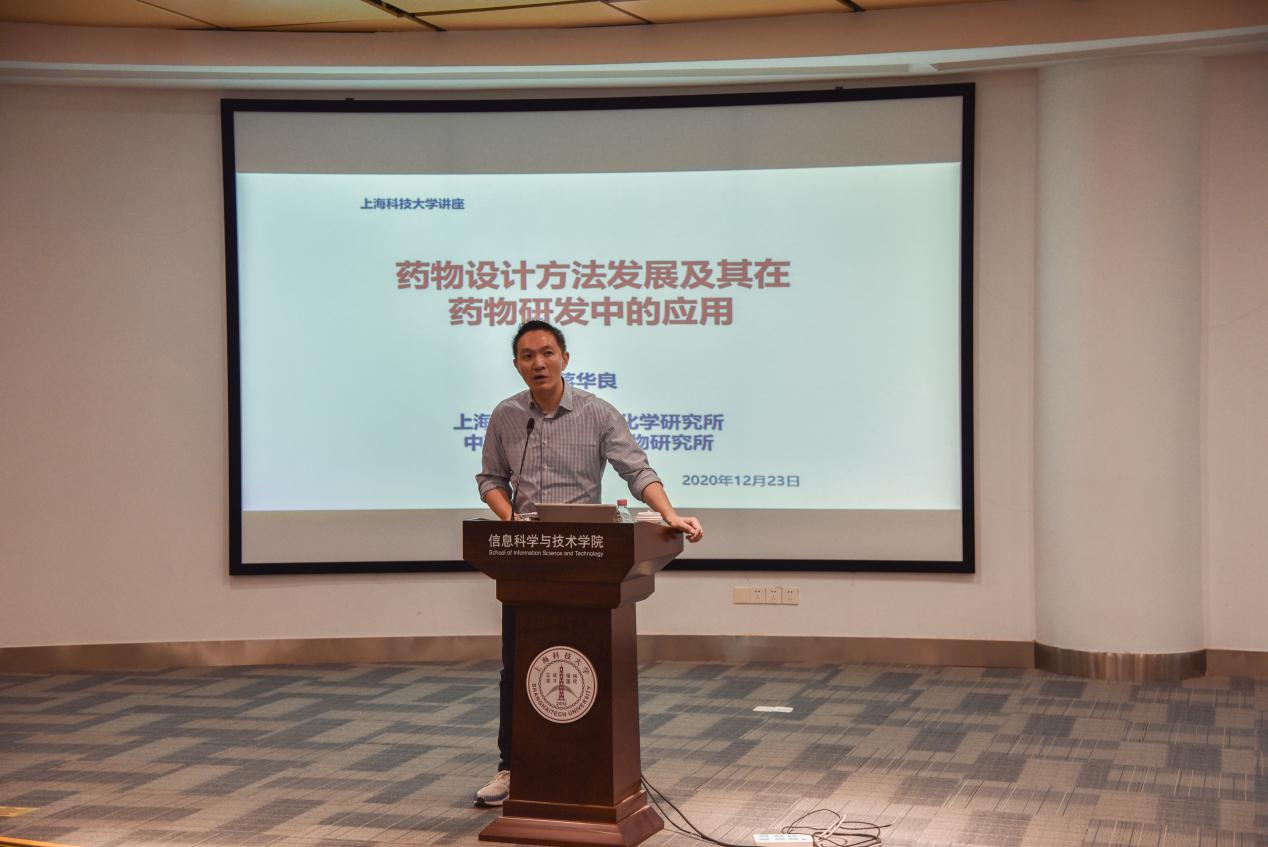 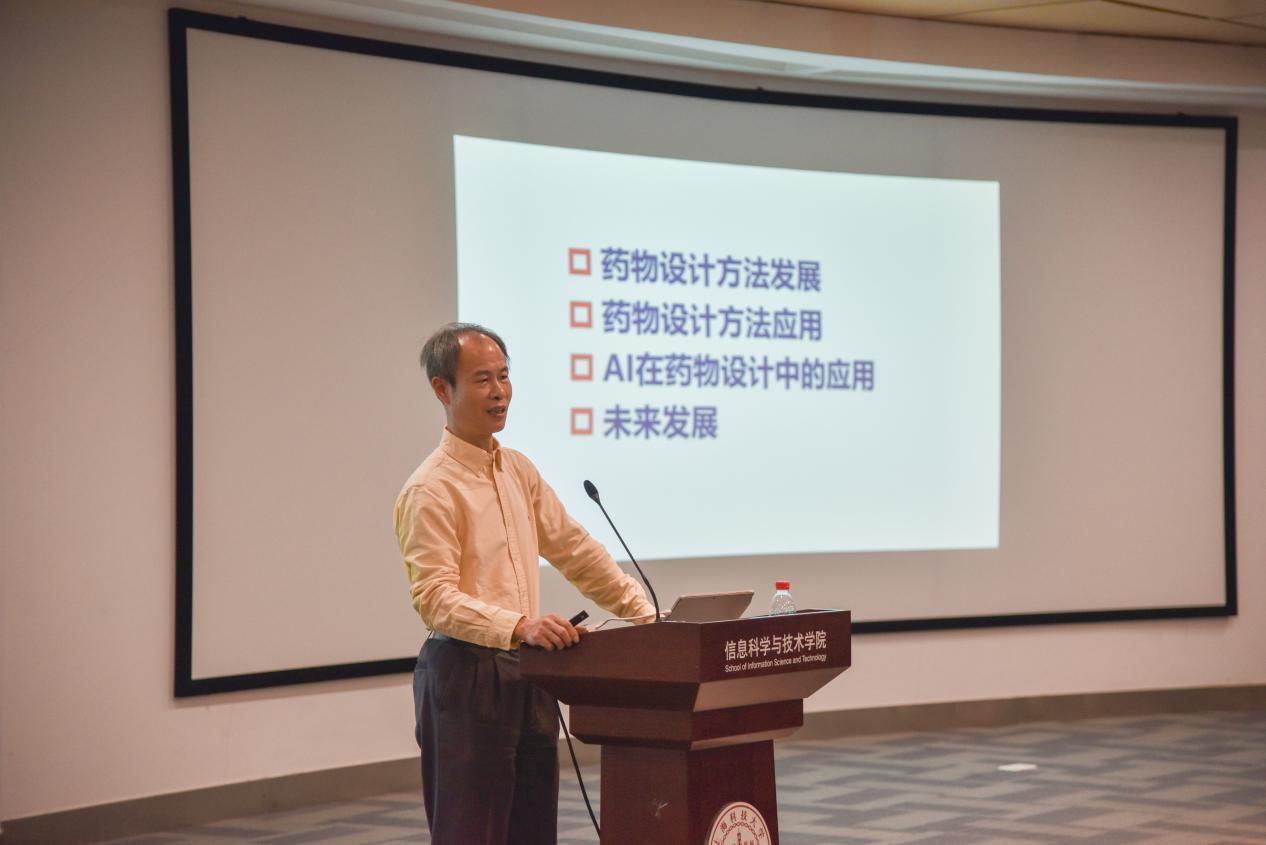 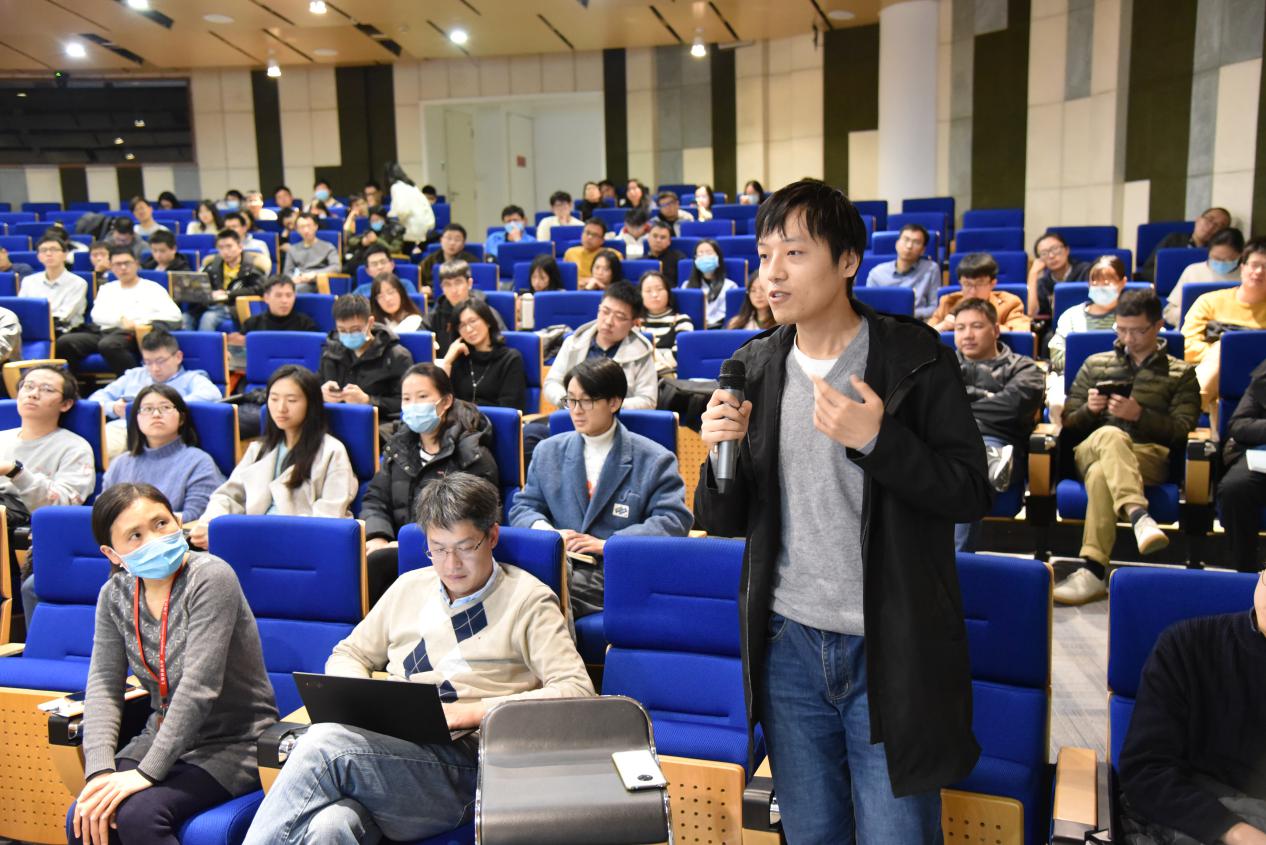 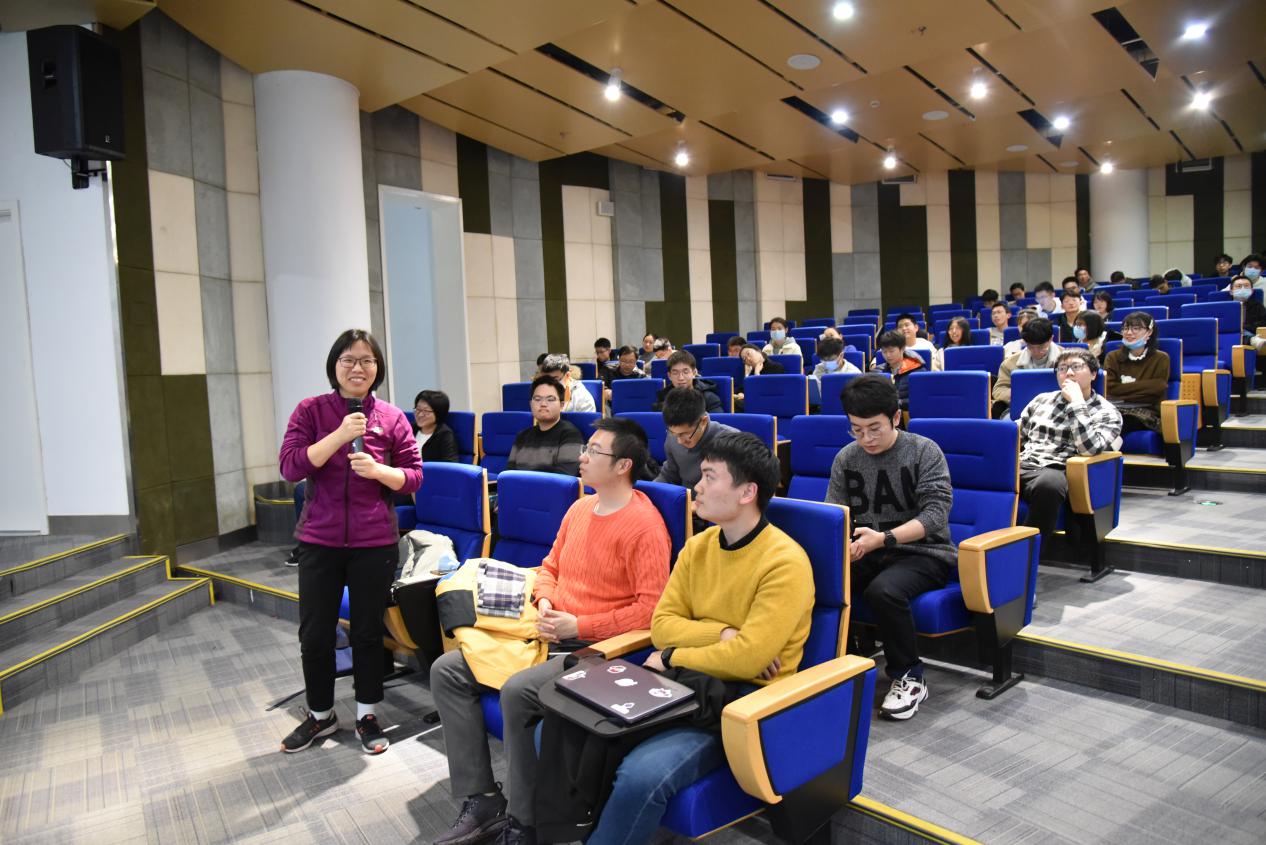