Recently, the Center for Intelligent Power and Energy Systems (CiPEs) published two technical papers on “how to achieve efficient vehicle charging with an ultra-wide output voltage range” and “how to optimize the circuit model of electric field coupling wireless power systems” in IEEE Transactions on Power Electronics.

Commonly, the terminal voltage of a battery pack decreases with the drop of the battery state-of-charge. One of the challenges of EV charging is to achieve efficient on-board charging of the battery pack over a wide voltage range. Professor Haoyu Wang’s group proposed a novel resonant topology based on phase shift modulation. The proposed converter is featured with two identical resonant transformers, the primary side is connected in parallel by two HB inverters, and the secondary-side isreversely series connected to the FB rectifier. This converter always operates at the resonant frequency, while the phase shift between two HBs regulates the output voltage. Compared with the conventional technologies, the proposed converter not only offers an ultra-wide output voltage range but also ensures soft switching of power semiconductors, and thus improving the conversion efficiency by reducing the switching loss. This work was published in TPEL with the title of “Phase-Shift Modulated Interleaved LLC converter with Ultra-Wide Output Voltage Range”. To simplify the analysis, two transformers are coupled into an equivalent model by introducing the concepts of equivalent inductor current and equivalent capacitor voltage. The voltage gain of the coupled model can be solved by numerical analysis. The decoupled model is equivalent to two HBs LLC resonant converter, the current at turn-on of each MOSFET can be solved by the model and determine the soft switching state. The simulations and experimental results agree with the theoretical analysis, and this modeling method can also be extended to other multi-transformer applications to simplify the theoretical analysis further. Ph.D. Student Bo Xue is the first author, Professor Haoyu Wang is the corresponding author. This work was supported by the Nature Science Foundation of China and the Shanghai Rising Star Program.

In the field of wireless power transfer, Professor Minfan Fu proposed an induced voltage source model for capacitive power transfer. Wireless power transfer has shown great potentials in a variety of applications, such as low-power sensors, portable devices, and electric vehicles. Among all the potential solutions, the near-field inductive or capacitive coupling method is particularly attractive because of their high efficiency for mid-distance power transfer [refer to Fig.3]. The capacitive power transfer has drawn wide attention in recent years due to its unique benefits, for example, low cost, no need for heavy magnetic cores, and no worry about the eddy current loss in nearby metals.  A CPT system usually needs two pairs of conductive plates, i.e., capacitive coupler, to have a complete AC current loop. From the circuit point of view, the isolated coupler is usually modeled as lump capacitors. In a resonance-based CPT system, the resonant component parameters should be carefully designed to achieve the targets. From the physical point of view, in a capacitive power, there are a total of six mutual capacitors among four plates. When a compact CPT system is needed, all the mutual capacitances are comparable to each other, which means that it is not reasonable to ignore some of them. Therefore, it is of great importance to have a general and simple coupling model for the capacitive coupler, with which the circuit analysis and design can be dramatically simplified.

An induced source model is proposed to represent all six mutual capacitors, as shown in Fig. 4. However, the shunt capacitors will change under position variation. The resonance frequency will shift under coupling variation if such kind of coupling is used for resonance. Therefore, the proposed compensation based on this model has to use superposition law or complicated transfer equations to derive the required resonance conditions. To solve this issue, the induced voltage source model was introduced for the capacitive coupler. This model uses the coupling-independent self-capacitance and coupling-dependent induced voltage source to represent the energy storage capability and energy transfer capability of the capacitive coupler. Master’s degree student Shiying Wang is the first author, Professor Minfan Fu is the corresponding author, and professor Junrui Liang is the co-author. This work was financially supported by the Shanghai Sailing Program and the Shanghai Program for Specially Appointed Professors. 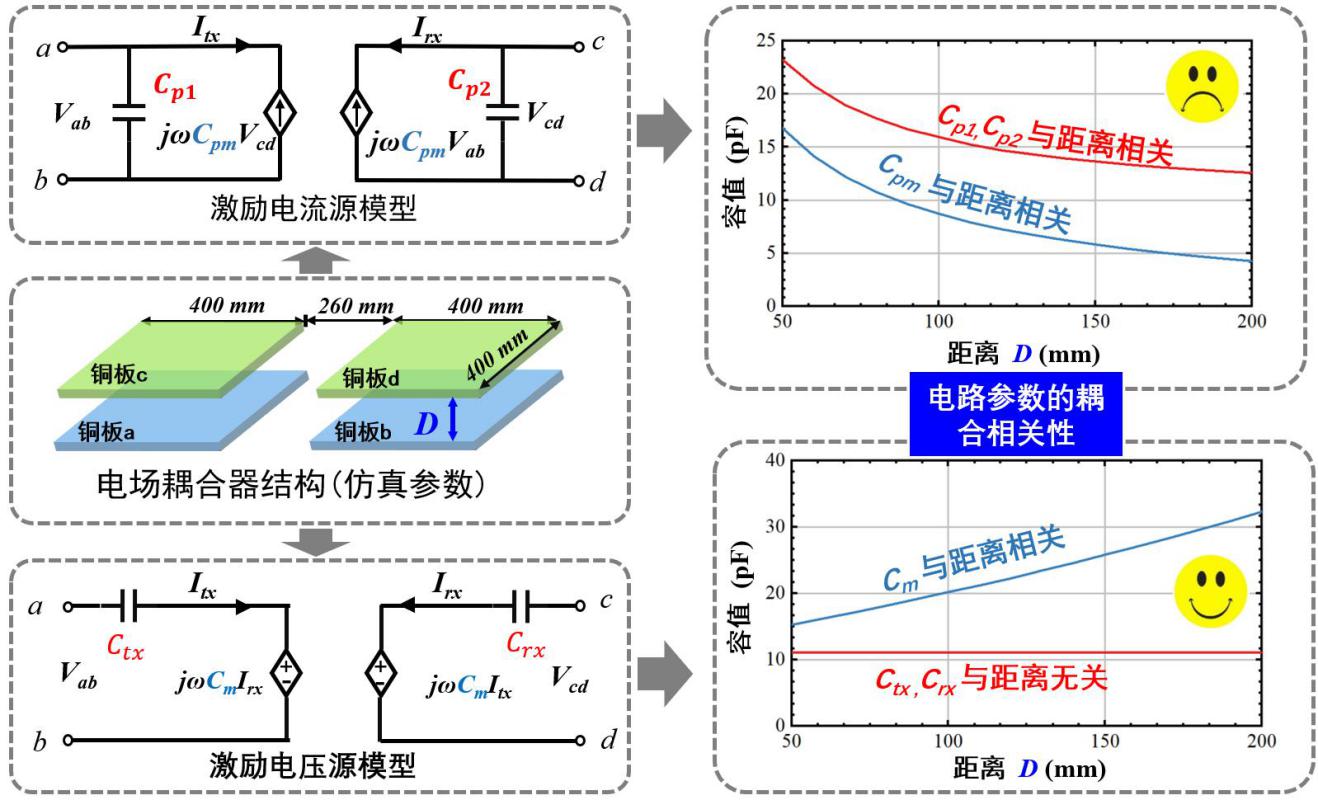 Link to these papers: