Silicon-based monolithically epitaxial growth integrated III-V material devices is an important method to solve the current absence of high-performing silicon-based active devices (lasers, detectors). Baile Chen's research group, Professor John Bowers of the University of California, Santa Barbara, and Professor Kei May Lau of the Hong Kong University of Science and Technology demonstrated the first avalanche photodiodes operating in the O band (1260-1360nm) by direct epitaxial growth of InAs quantum dot structures on a silicon substrate, the device structure of which is shown in Figure 1. The dark current in room temperature of a 3µm×50µm device at 99% breakdown voltage is as low as 1.3nA, which is at least 2 orders of magnitude less than the dark current of Si/Ge APD devices. The optical response of the device at 1310nm wavelength at unity gain is 0.234A/W, and the optical response at -15.9V is about 4.8A/W. The device has also been tested for system-level eye diagrams and bit error rate. The bit error rate at -15.9V is 2 orders of magnitude lower than that at unity gain, as shown in Figure 2. 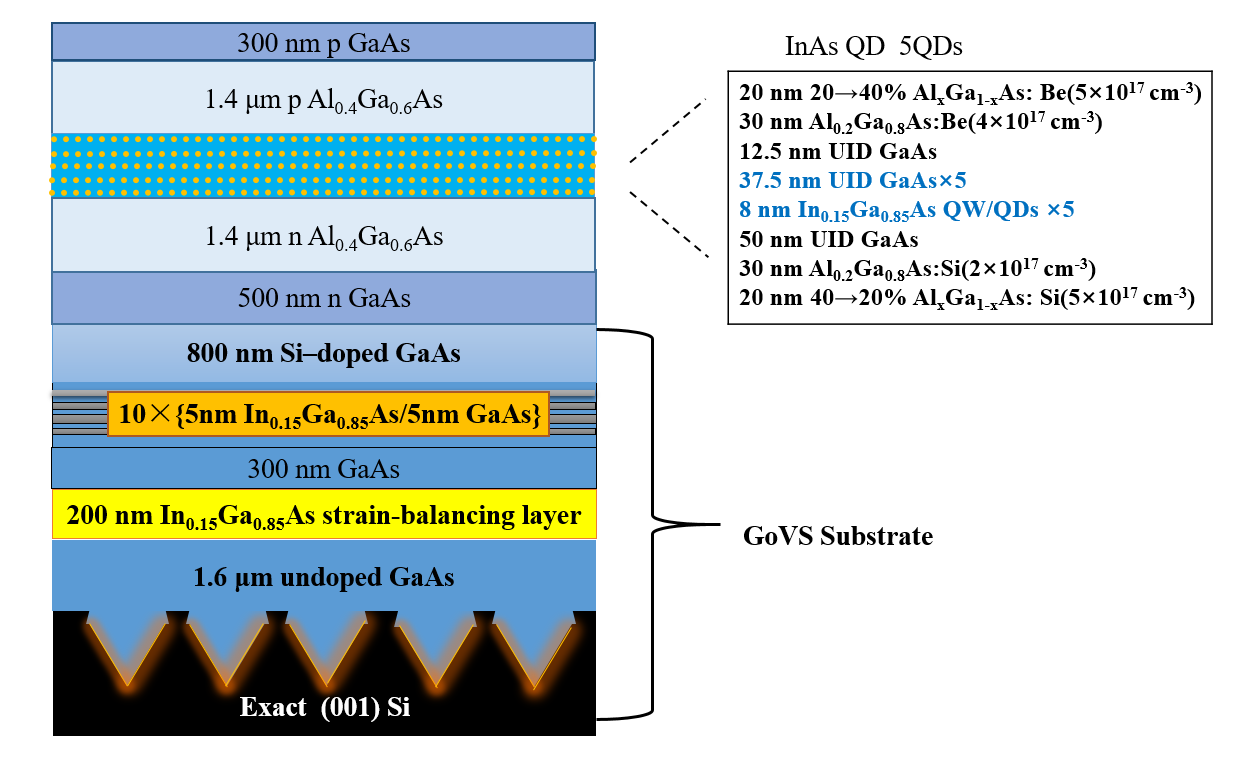 Fig.1 Schematics of the Si based O-band APD

Soon after the article was published, it was also reported by the industry magazine 'Semiconductor Today'. Professor Chen Baile is the corresponding author and co-first author of the paper. This project was supported by the ShanghaiTech University start-up funding, the National Natural Science Foundation of China, the National Key Research and Development Program of China and the Shanghai Sailing Program.

Meanwhile, in order to further extend the detection range of the detector to the C-band, Professor Chen Baile collaborated with Dr. Wan Yating from the University of California, Santa Barbara and other researchers, and successfully fabricated a novel, high-performance, and low-cost photodetector based on quantum dash materials, which can be applied in C-band. The device structure is shown in Figure 3.

Considering that the fact that the carriers in the quantum-dash is confined to approximately three dimensions, the Qdash-based photodetector has a unique property of immunity to defects. The dark current density of the Qdash-based photodetector fabricated in this research is only 3.3×10-7 A/cm2, which is nearly five orders of magnitude smaller than that of traditional germanium detectors. The current responsivity of the device in the C-band reaches 0.26 A/W, and a clear eye pattern can be measured at a data rate of 10Gbit/s, as shown in Figure 4. This research work 1. successfully demonstrated Qdash photodetectors for the first time, 2. carried out a detailed characterization of the device’s static performance, RF performance and defect information, and 3. highlighted the prospect of using Qdash material in high performance optical communication devices and their application in C-band. Since the Qdash detector shares the same epitaxial wafer structure as Qdash lasers, the researchers believe that the platform can integrate photonic devices such as lasers and detectors to form a photonic link and on the same epi layer to achieve high speed, large-capacity on-chip optical communication. This result was recently published on ACS Nano. Huang Jian from the School of Information Science and Technology is the co-first author of the paper, and Professor Chen Baile is the co-corresponding author of the paper. 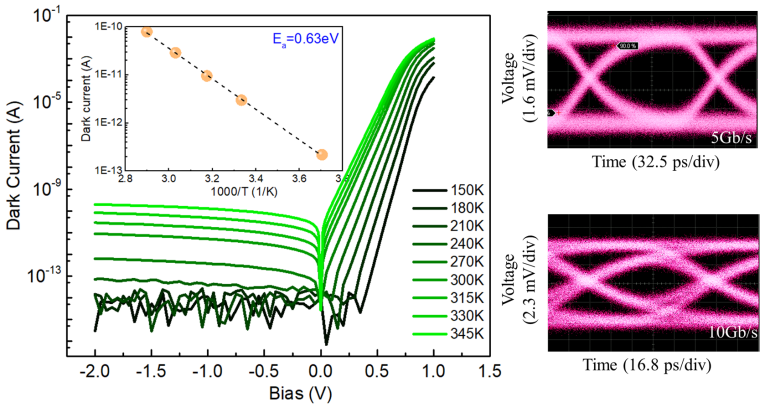 Fig. 4.Dark current and eye pattern of the InP based Q-Dash device

In addition, emerging applications such as free optical communication and the rapid development of mid-wave infrared (MWIR) frequency comb have demanded new requirements for the bandwidth of MWIR photodetectors. Professor Chen Baile's research group took the lead in the MWIR high-speed detectors area. The MWIR high-speed uni-carrier traveling detector that based on InAs/GaSb type-II superlattice is achieved for the first time, which is shown in Figure 5. In this study, the team successfully fabricated a 20µm diameter device with a cutoff wavelength of 5.6µm at room temperature and a 3dB bandwidth of 6.58GHz. This research is expected to be applied to high-performance MWIR frequency comb systems and free optical communication systems. The relevant results of this research have been published in the IEEE Journal of Quantum Electronics. Huang Jian, a Ph.D. student in the School of Information, is the first author of the paper. This project was also supported by the ShanghaiTech University start-up funding, the National Natural Science Foundation of China, the National Key Research and Development Program of China. 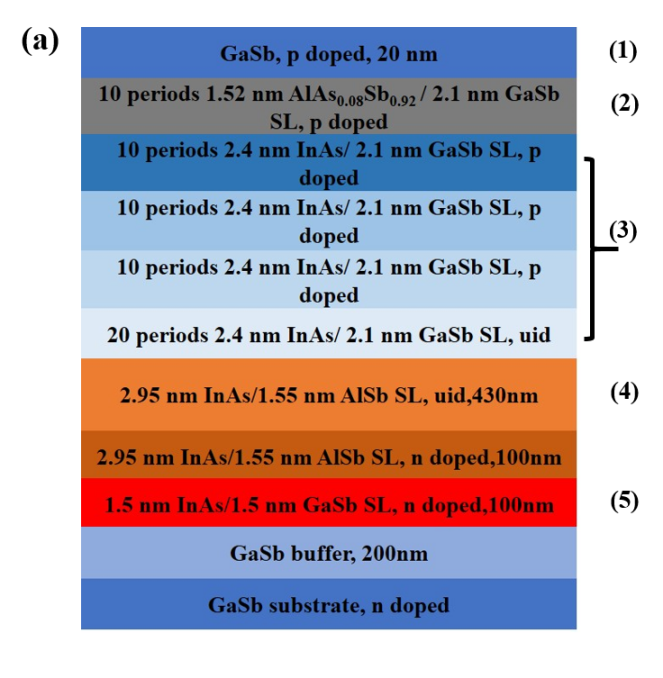 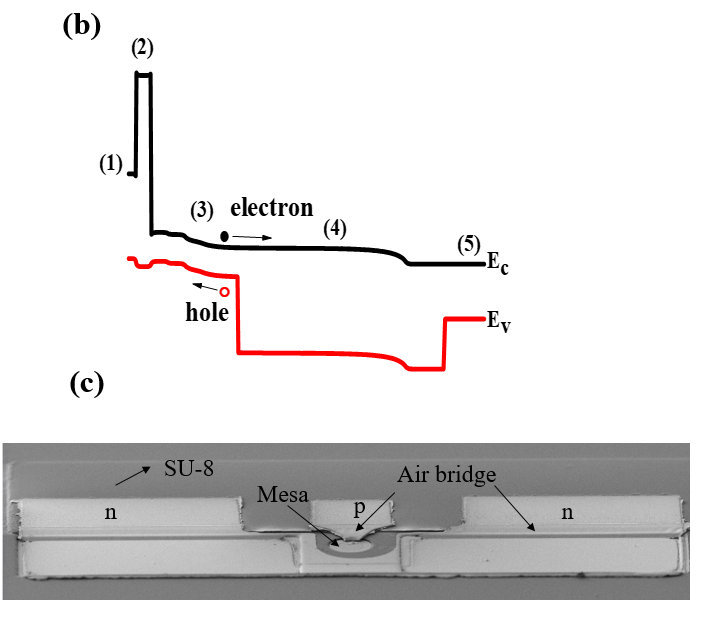 Link to these articles: