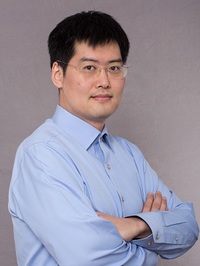 Xuming He is currently the VDI Center Director and the Degree Committee Director.

Xuming He received the B.Sc. and M.Sc. degrees in electronics engineering from Shanghai Jiao Tong University, in 1998 and 2001, respectively, and Ph.D. degree in computer science from the University of Toronto (machine learning group) in 2008. He held a postdoctoral position in Prof Alan Yuille’s group at the University of California at Los Angeles (UCLA) from 2008 to 2010. After that, he joined in National ICT Australia (NICTA) as a Researcher in 2010 and has been a Senior Researcher since 2013. He was also an adjunct Research Fellow level B from 2010 to 2012 and level C since 2013 at the Australian National University (ANU). He joined ShanghaiTech as an Associate Professor, PI in January, 2017.