In networking field, there is one open problem for a long time: how to design network topology systematically for various performance requirements with a top-down approach? Existing work usually adopts a bottom-up approach with heuristics, which can only be applied to some specific scenarios, and it is very challenging to be extended to more general scenarios.

To solve this problem, Prof. Shao and his group spent two years to propose a general design framework. The solution adopts a combination of reverse engineering & forward engineering. In fact, there is a long belief that empirically excellent engineering design should have a corresponding mathematical principle and an implicit math problem. Finding such math principle and problem lead to a systematically understanding of the engineering design.

More specifically, the first key step is to reverse engineering the classical Fat-Tree topology. The math principle behind such design is revealed, and a more general topology design framework are proposed based on such principle. It is found that nearly all important network topologies in data center networking (cloud computing) and supercomputing can be rediscovered from the framework. Furthermore, with such framework, many forward engineering works have been done and several new topologies have been proposed for various fields including data center network, supercomputing, federated learning, intelligent internet of things, and integrated circuit design.

For this work, ChangYijia, HuangXi and DengLongxiulin in Prof. Shao’s group are student authors. Professor ShaoZiyu is the corresponding author, and ShanghaiTech University is the first responsible institution. The work was supported by start-up funding from ShanghaiTech University, National Natural Science Foundation of China, and Natural Science Foundation of Shanghai.

Example of New Network Topology I 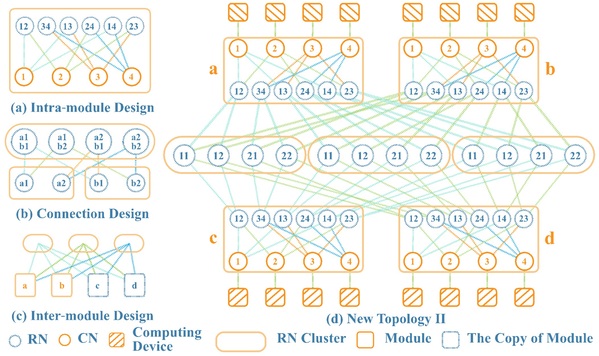 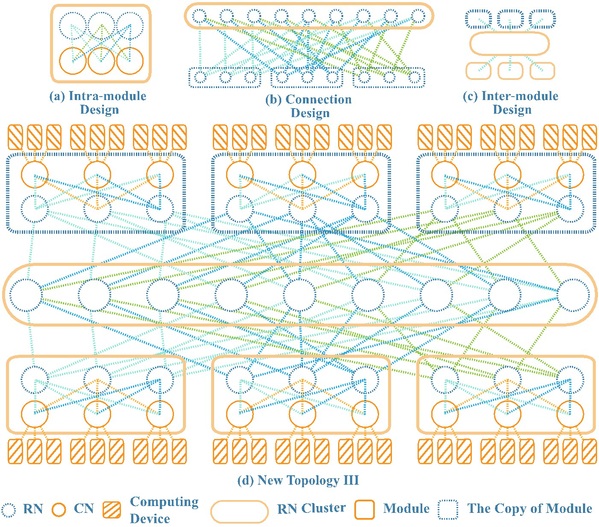