DREAM 2019 Challenge organizers recently announced competition and the ShanghaiTech team from SIST named “SingleCellLand” won the Third Place (out of 291 teams worldwide) in the first sub-challenge. The team was guided by Professor Zheng Jie, the director of SIST’s Smart Medical Information Research Center (SMIRC). Other team members include Professor Zheng’s master’s degree students Dai Xinnan and Wang Jie (enrolled in 2019), and undergraduate student Ms. Xu Fan (who will start her master’s degree study at SIST in 2020). Another team member was Dr. Piyush Mundra from the University of Manchester (UK) a former postdoct fellow with Professor Zheng.

The DREAM Challenge is one of the most prestigious international competitions in Computational Biomedicine. The first challenge was in 2006 and has been held consecutively for 12 years. As computational modeling competition with open datasets, each DREAM challenge has a different theme of biomedicine-related tasks and provides open datasets. The participating teams build models and design algorithms based on the data to make predictions. Organizers will identify winners based on verification of submitted prediction results.

The DREAM 2019 Challenge attracted 291 teams from universities and industry worldwide. This was the first time that Professor Zheng’s team participated in a DREAM Challenge and they won third place. The first place winner was a team from iCarbonX, a well-known healthcare AI unicorn company, and the second place winner was a team from the University of Nevada (USA). Professor Zheng’s research group is focused on developing novel computational methods and systems to help answer biomedical questions and to improve public health.

The theme of the 2019 DREAM Challenge is “Single Cell Signaling in Breast Cancer.” Organizers provided single-cell data of cancer drug response. Taking into account the intercellular heterogeneity and its effect on the drug response, the teams were expected to imput the missing data, and thereby predict the responses of breast cancer cells to specific drugs.

A big challenge for the team members was to have knowledge of both biology and information science. The SingleCellLand team was blessed with SIST’s interdisciplinary teaching and research, which helped them apply novel and suitable machine learning algorithms to predict single-cell drug response. Dai Xinnan and Wang Jie mentioned that they were lucky to have taken the interdisciplinary courses AI for Science and Engineering and Bioinformatics: Software Development and Applications, both taught by Professor Zheng, which helped them a lot in this DREAM challenge. In addition, Dr. Jiang Lichun from SIAIS also provided consultation about biological knowledge for the team.

The State Council of the People’s Republic of China has incorporated the development of healthcare and biomedical big data into the national strategic plan of big data. Biomedical big data has been recognized as a fundamental strategic resource of China. How to use cutting-edge information technologies such as AI to dig the gold mine of biomedical big data is a research hot topic for many research institutions worldwide. Through this competition, Professor Zheng’s research group has demonstrated strong technical abilities for computational modeling and precise prediction of biomedical data. The participating students have learned knowledge and honed skills across the information science and life science disciplines, learned from other researchers domestic and overseas, and broadened their horizons. With hard work, perhaps their next participation in a DREAM Challenge will lead to even better results. 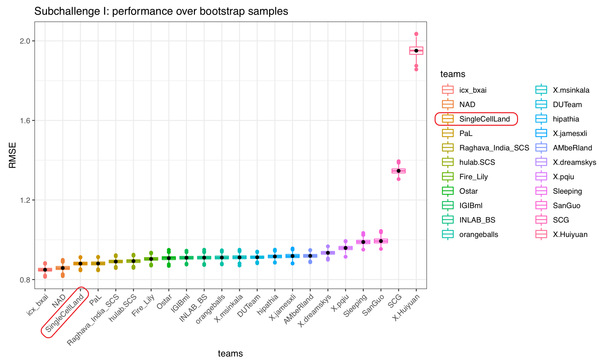 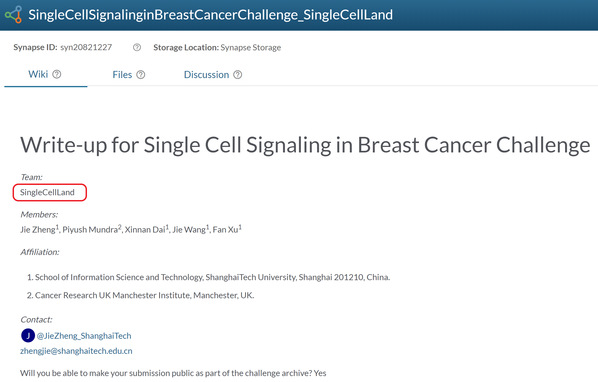 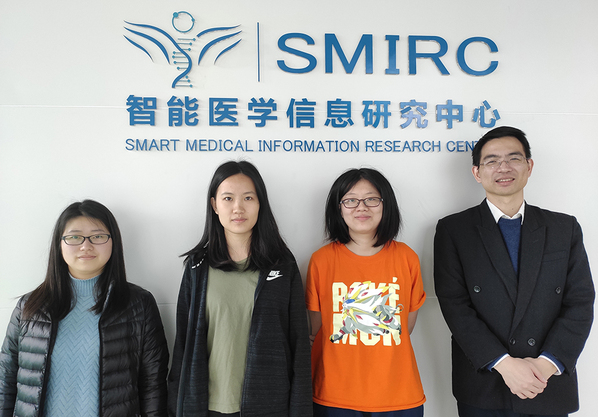