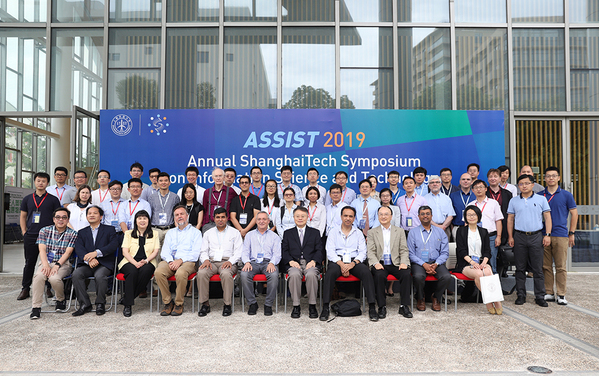 The annual symposium not only focuses on new technology transformation, but also stresses cross-disciplinary collaboration, including computer vision, intelligent networks, new semiconductor devices, new energy systems, robotics, and smart healthcare. This conference aims at focusing on the frontiers of information science and technology, building a platform for communication and exchange, exploring application popularization and smart lifestyle. Among the participants, 16 participants are members of the Institute of Electrical and Electronics Engineers, 5 are members of the American Association for the Advancement of Science, and 2 are members of the Association of Artificial Intelligence Promotion. 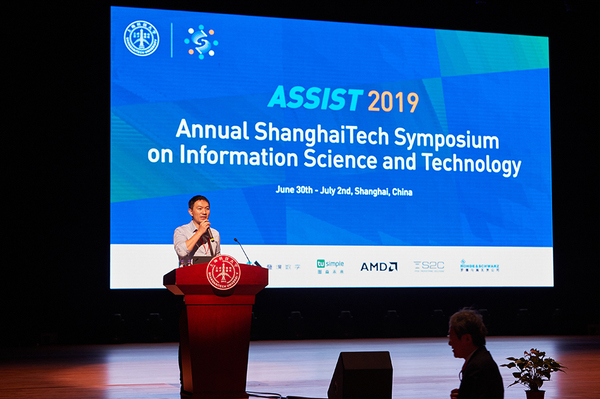 SIST Vice Dean Professor Yu Jingyi presided over the opening ceremony and delivered the keynote speech. Vice President and Provost of ShanghaiTech University Professor Yin Jie expressed sincere gratitude to all the guest and attendees. He gave a brief introduction of ShanghaiTech University and then discussed ASSIST’s aim to build a communication platform for academics and industry professionals to present their latest research and discuss future research directions, promote exchange between academia and industry, and improve quality of research. 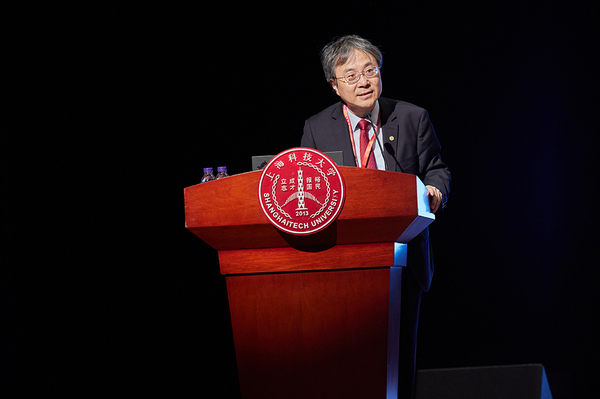 California Institute of Technology Professor Mathieu Desbrun spoke on Uber, Didi, Airbnb and Tujia as examples demonstrating that in the age of Information, changes caused by fundamental scientific and technological developments have become the lifeblood of our current economy. He said he hopes that there could be a lively discussion on the recent exciting developments in vision, hardware, healthcare, and energy distribution, which will hopefully help us make our life better, easier, and smarter. 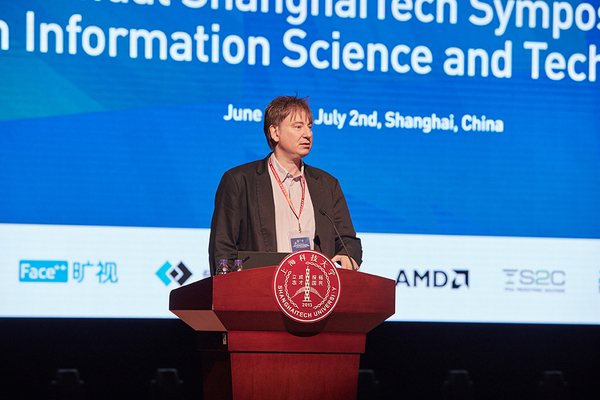 Four distinguished professors delivered keynote speeches. California Institute of Technology Professor and Alfred P. Sloan Scholar Thomas Hou is also a Fellow of American Academy of Arts and Sciences (AAAS), Society of Industrial and Applied Mathematics (SIAM), and American Mathematical Society (AMS). He gave a speech entitled Solving Multiscale Problems by Integrating Physical Models with Deep Learning. In his talk, he described some of their recent efforts in integrating physical models and mathematical analysis with deep learning to develop a new class of numerical methods that can solve large-scale physical or data science problems by using only sub-sampled data and partial knowledge of the physical model.

Chinese University of Hong Kong, Shenzhen Associate Dean of School of Science and Engineering and Presidential Chair Professor Huang Jianwei is also an IEEE Fellow. In his talk, he first provided an overview of the core research issues in mobile crowd sensing. Then he focused on the design of effective reward systems to induce high quality contributions by users, considering the diversity, social relationship, and bounded rational decision process of users.

Professor Li Xiuling of University of Illinois at Urbana-Champaign’s Department of Electrical and Computer Engineering is a fellow of American Physical Society (APS), and a fellow of Institute of Electrical and Electronics Engineers (IEEE). Entitled Extreme Miniaturization of Passive Electronic Components by Self-Rolled-up Membrane Nanotechnology, she pointed out that S-RuM nanotechnology promises to break the constraints of size, weight, and performance (SWAP) of RFICs and even millimeter wave communications. The unique form factor can also bring translational impact to wearable and flexible IoT devices and other exciting opportunities.

USC School of Engineering Professor Gerard Guy Medioni is a fellow of Institute of Electrical and Electronics Engineers (IEEE), Association for the Advancement of Artificial Intelligence (AAAI), and International Association of Pattern Recognition (IAPR). In his speech on Computer Vision Outside Academia: A Personal Journey, he presented his personal perspective on the use of Computer Vision to solve real problems, with the goal to create products, not papers or proof of concept demos. He reviewed his journey from the 80s to today, exploring several different applications, from halftone registration (Opti-copy) to virtual billboard insertion in live video (Symah Vision), face recognition (Geometrix), animated face swap and animation in video (Bigstage), 3D image capture and skeleton fitting (PrimeSense), and finally Amazon Go. From each of these, he inferred lessons about technology, business, and the tricky road to success or failure. 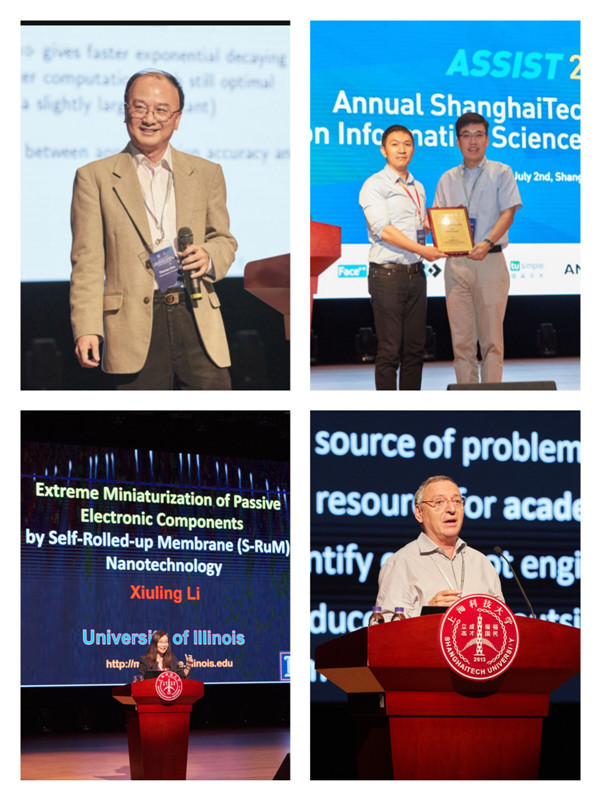 The participants engaged in lively discussion and debate as they explored the transformation of scientific and technological achievements. 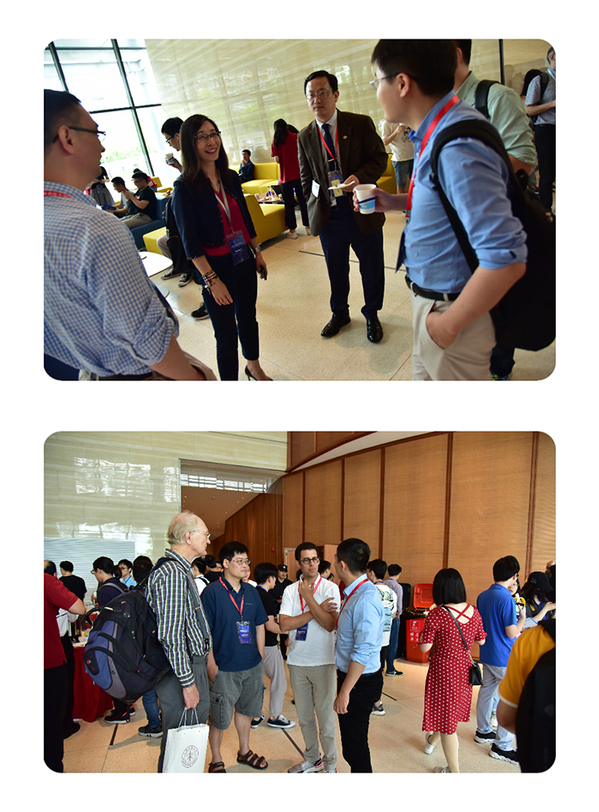 Interaction between Session Chair and Delegates