Official Opening of Shanghaitech to First Wave of Students

296 young graduate students began their exciting ShanghaiTech career on September 3rd, 2013. The inauguration ceremony was held in CAS Shanghai Pudong Science Park, with leaders and participants from Shanghai Municipality, CAS Shanghai Branch, CAS research institutes, together with 12 Academicians and the faculty and staff of ShanghaiTech.

The ceremony adopted on-traditional format to match this brand-new university. Accompanied by slideshows, each school introduced their students one by one. Vice Major TiehuiWeng, Deputy Chief of the ShanghaiTech Preparation Work-Group, presented a lab notebook and a crystal key as symbols of truth searching spirit and pursuit of knowledge. As a highlight of the event, participants were treated by an exalting speech from Prof. Mianheng Jiang, Head of the Preparation Work Group of ShanghaiTech and President of CAS Shanghai Branch.

Centering around the theme of“Chinese Dream”, Dr. Jiang said that China was adopting a strategy of innovation-driven development and transition to realize the dream and to address the challenges in future economic and social development, and the establishment of ShanghaiTech was to serve this national strategy. He listed eleven cutting-edge technologies that could impact our future human life and global economic development: mobile internet, internet of things, cloud technology, advanced robotics, next-generation genomics, energy storage, advanced nanomaterials, 3D printing, renewable energy, generation IV Reactor, and multi-storied agriculture. ShanghaiTech will integrate technology and education and transform them into productivity.

Dr. Jiang encouraged the students to learn from individuals like Elon Musk (the American entrepreneur who started Space X and Tesla, and proposed the idea of Hyperloop), and develop the passion and competence for entrepreneurship to contribute to the development of society. Dr. Jiang also mentioned the example of a previously obscure mathematician Yitang Zhang who recently stunned the world by proving the “bounded gaps” conjecture about the distribution of prime number after many years of anonymity and hard life, as anexample of commitment and perseverance in science. 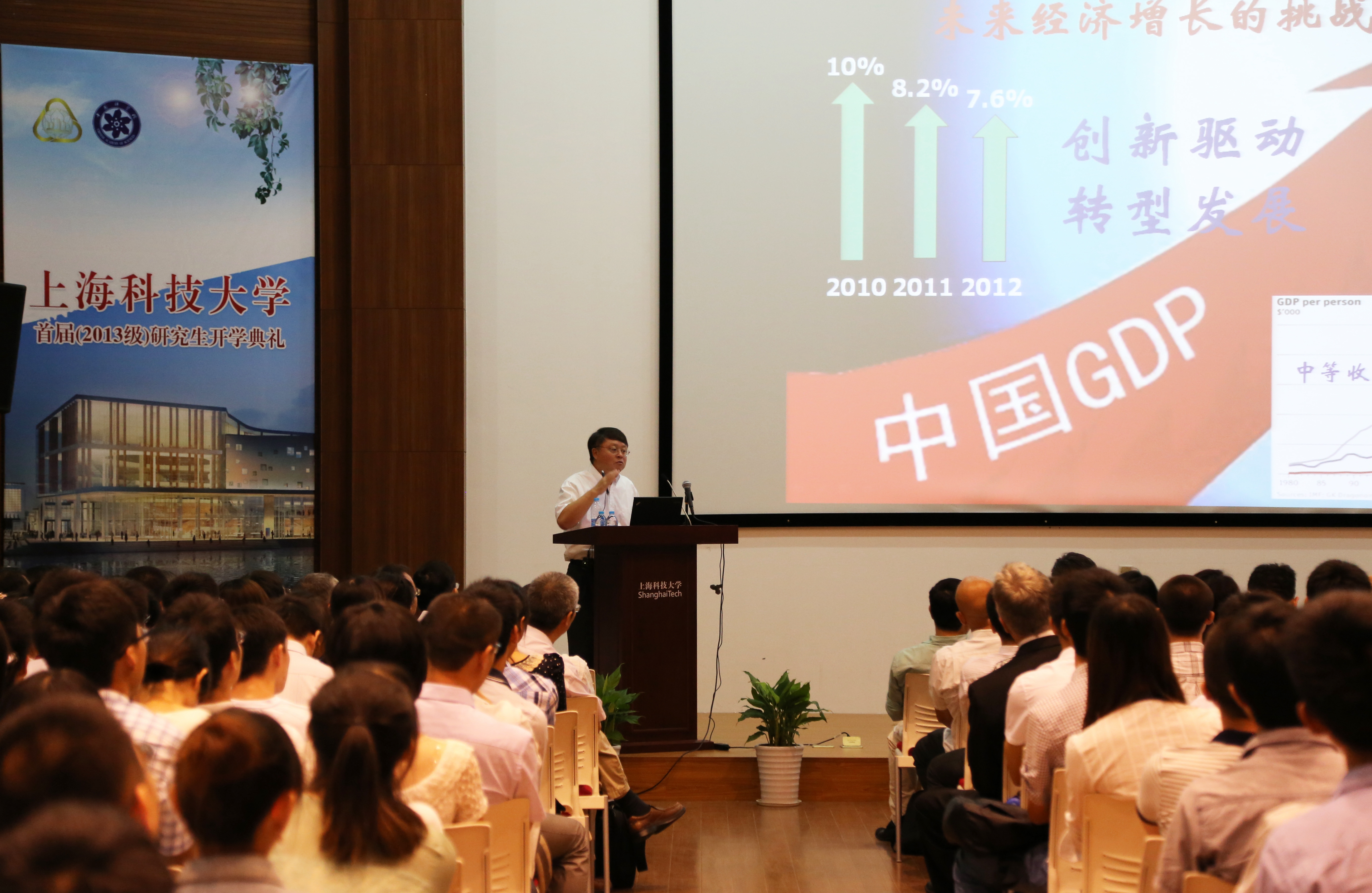